Dr Alberto Grassi is an orthopaedic surgeon, with expertise in the fields of the knee, ligament and meniscus and sports traumatology.He completed his MD at the University of Bologna, Italy, in 2010 and his Medical School Thesis was published in 2012. He completed his residency in Orthopaedics and Traumatology at Rizzoli Orthopaedic Institute of Bologna, Italy, in 2016 and he did a PhD in Biomedical Sciences at the University of Bologna. Since 2009, he collaborated with Prof. Stefano Zaffagnini and Prof. Maurilio Marcacci in clinical and research setting, which allowed him to publish over 120 papers in peer-reviewed and indexed journals, over 30 books chapters, surgical videos and abstract for International congresses.

His major research interests are meniscal allograft and scaffold replacement, biomechanics of knee ligament reconstructions, non-invasive assessment of knee laxities, and evidence based medicine and meta-analysis on sports trauma conditions. He has been a Fellow of Dr Annunziato “Ned” Amendola at Duke University, North Carolina, USA, in 2016, and winner of the European Arthroscopy Fellowship in 2018, visiting European centres of arthroscopic surgery in Germany, France, Denmark, Italy, Spain and Portugal. He is an active member of the Italian Society of Knee surgery and Arthroscopy (SIGASCOT), where he has a relevant role in the Sports Committee (2014-2016) and Arthroscopy Committee (2016-2018 and 2018-2020). He is also an active member of ESSKA and ESMA, and member of the ESSKA Arthroscopy Committee (2018-2020). He is member of the Editorial Board of the KSSTA and reviewer for the most important peer-reviewed International Orthopaedic Journals (AJSM, KSSTA, BJSM, Sports Medicine, The Knee).

In 2018, he received the National Qualification for the role of Associate Professor in Orthopaedics.

He was ESSKA AOSSM travelling fellow from 1 to 26 of June 1997 in the U.S.A, visiting Sports Medicine medical centres of New York, London Ontario, Richmond, Memphis, Atlanta, Cincinnati, San Francisco. He performed a 6 months Fellowship in Sports Medicine and Orthopaedic Research at the University of Pittsburgh (USA), under the direction of Professor F. Fu and Professor S. Woo. He is one of the 4 Italian members of the “ACL Study Group”, the most important scientific society on ACL reconstruction. He is active member of many scientific societies: SIOT, SIGASCOT, SIA, IORS, AAOS, AOSSM, ESSKA, ICRS, Magellan Society, ISAKOS, ACL Study Group. He is past-president of the SIGASCOT society (Italian Society of Knee Surgery and Sports Medicine). He was member of the cartilage committee of ESSKA (European Society of Shoulder and Knee Arthroscopy) from 2006 to 2008, and he was the chairman of the arthoscopy committee of ESSKA from 2008 to 2010. He was deputy chair of the scientific committee of ISAKOS (International Society of Arthroscopy, Knee surgery and Orthopaedic Sports medicine) from 2011 to 2013. From 1991 to 2018, he published 279 articles on international journals (263 with impact factor). He took part as speaker in over 300 International Meetings and 286 Italian National Meetings. 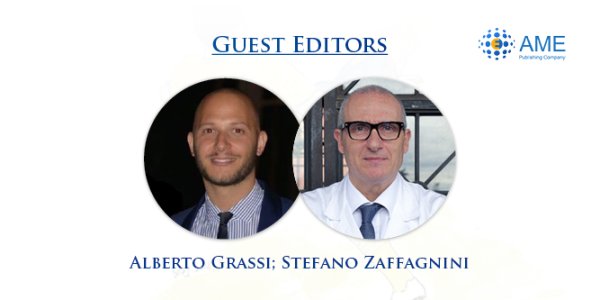